From learning the basics to writing reports in Japanese

When I finished high school, I was thinking of going abroad and my sister told me about the MEXT Scholarship. I wanted to continue studying physics and Japan has some of the best research in the field, so I thought it was the perfect place to go.

After I got the MEXT scholarship, I studied Japanese for a year at Osaka University. I had only studied hiragana and katakana for a week before coming to Japan and I forgot everything by the time I came here. It was extremely difficult to learn Japanese for the first nine months. I felt stuck because I could learn things in class and finish assignments, but I couldn't speak the language. When I had to talk to people, nothing came out.

I started to feel more comfortable with speaking Japanese almost a year after I arrived in Japan. It was good timing because it would have been a problem if I couldn't communicate before coming to the University of Tokyo since I had to take classes at Komaba Campus and most of the classes were in Japanese. The first year on Komaba Campus was a bit difficult but once I started getting used to the words and built a foundation of science vocabulary, it became easier. Hanging around Japanese students also helped my language skills.

A wonderful and diverse experience

While I was learning Japanese at Osaka University, I gave MEXT a list of national universities where I wanted to study physics at the undergraduate level. The University of Tokyo was my first choice because it has some of the best research facilities in Japan, and scientists in the School of Science are doing interesting research in cosmology and quantum physics.

I was accepted into UTokyo and, like all their undergraduate students, I studied at the College of Arts and Sciences on Komaba Campus for the first two years of my degree. It was a wonderful and diverse experience since there are a lot of things you can do and different kinds of classes.

There are also many kinds of circles, which are student-run activity groups. I joined a rock music circle, which was fun. It was a small circle, so everyone was very welcoming, and we got along well.

Searching for an invisible needle in a haystack

I’m interested in dark matter research and gravitational waves. Back in high school, I didn't even know what dark matter was. Even last year I didn't know much about it but then I decided to do my final year experiment last semester in the Kusaka Lab, which is headed by Dr. Akito Kusaka. Professor Kusaka is working on methods for detecting dark matter using quantum sensing technology and I thought it sounded interesting.

I mainly did simulations for dark matter detection for about four months in the Kusaka Lab. Once you start working on something you begin to develop a strong affinity for it, so I decided I wanted to continue this line of research in the future. There isn't much knowledge about dark matter so it’s exciting. There’s always something new and unexpected to learn. Detecting dark matter, though, is like trying to find an invisible needle in a haystack.

This semester, I did my final year experiment in the Ando Lab, which is run by Dr. Masaki Ando. The Ando Lab mainly focuses on gravitational wave detection, but they also have a dark matter lab. They are running a new experiment to detect dark matter so I thought it would be a good lab to join.

According to one theory, there is a type of dark matter that can apply a very weak force on matter and the force depends on the type of matter. Based on this theory, Ando Lab designed an apparatus to detect dark matter, specifically a torsion pendulum with tungsten test mass on one side of a rod and silicon test mass on the other. When a dark matter wave hits the pendulum, the tungsten and the silicon should experience different forces. If equal force is applied on the materials, they should move together. But if the force is different, the pendulum should rotate, meaning the force was applied by dark matter.

Since the apparatus wasn’t working properly when I joined the lab, I was responsible for finding the problem and redesigning it so it would work. I spent this entire semester trying to fix it and succeeded to an extent, but then I found another problem at the very end.

For my master’s degree, I will be continuing the research that I was doing in the Kusaka Lab. I’m planning to design a magnon-based detector to convert one of the hypothetical dark matter candidates, axion, into electron spin waves and then use a qubit to measure the spin waves. The detection of dark matter would be an extremely rare event and thus would require a very high precision measurement. With current detection mechanisms, the photons or spin waves derived from dark matter need to be absorbed and thus can only be measured once, so the measurement won’t be as precise as it should be. However, you can prevent this by entangling them into the qubit. This should allow you to measure the same photons or spin waves repeatedly through the qubit and hence reduce the errors in the measurement.

Adapting to the unexpected

From the third year of my undergraduate degree, all my classes were on Hongo Campus. Unfortunately, as soon as I was supposed to start attending lectures, the pandemic started. Since then, all my lectures have been online.

No one was really used to Zoom at the beginning of the pandemic so that first semester got somewhat complicated. But eventually, I started to enjoy it because I could easily access the notes as well as prior lectures, which was helpful for reviewing the material. I could also explain things during class discussions by writing or drawing on my screen.

When I was in the Kusaka Lab, I didn't have to come to campus for the first half of the semester because I could use my computer at home to do simulations. For the latter half, I had to do a more complicated simulation, which meant I needed to come to the lab. In the Ando Lab I had to work on the apparatus myself, so this semester I came to campus almost every week.

A comfortable place to live and do research

The office staff at the University of Tokyo have been extremely helpful. For instance, in the School of Science, I can email the International Liaison Office (ILO) anytime and they'll always send me a helpful reply, so I never have to hesitate about asking.

Japan is a pretty comfortable place to live, which is why I would like to stay here. I can completely focus on my research without worrying about small things because everything is well organized and runs smoothly. The people here are very nice to me and are understanding if I make mistakes, so that makes things easier as well.

Before the pandemic, I had fun traveling around Japan, too. I’ve been to Hokkaido, Kyushu, and the Chubu region. I want to visit every part of Japan, so places like Okinawa, Shikoku, and Hiroshima are still on my list. There are just so many things to see and so many unique specialties in every part of Japan.

I would definitely recommend studying at the School of Science. You get to try lots of innovative and exciting things, especially when it comes to research as you’re able to bring something new to the world.

Doing research in the Department of Physics has been my favorite experience in Japan so far. I had lots of freedom and could move at my own pace. I could also take control of my research and the professors were there when I needed their guidance. When you're doing an experiment, you don't know what's going to go wrong and when something inevitably does go wrong, you work with professors to find out the problem and find a solution. You’re never left on your own. Sometimes you end up talking for hours just trying to solve a problem.

The labs are also not that big so you can develop a good relationship with your mentors and never feel lost. It's a very relaxed environment without a lot of pressure and you learn while you're doing research, even when you make mistakes.

If you enjoy doing research, then you should think about studying at the School of Science. Everyone is excited about research and it’s all they want to do, so it's the perfect place to connect with people who will share your enthusiasm and motivate you. Yaman Singh Shrestha
4th year undergraduate student, Department of Physics
Yaman was born in Katmandu, Nepal. After completing high school at St. Xavier’s School, he came to Japan under the MEXT Scholarship and studied Japanese at Osaka University for one year. He then enrolled in the University of Tokyo and studied at the College of Arts and Sciences for the first two years of his undergraduate degree before coming to the School of Science in 2020. He will be starting his master’s degree in physics in the Kusaka Lab in 2022.
TAGS 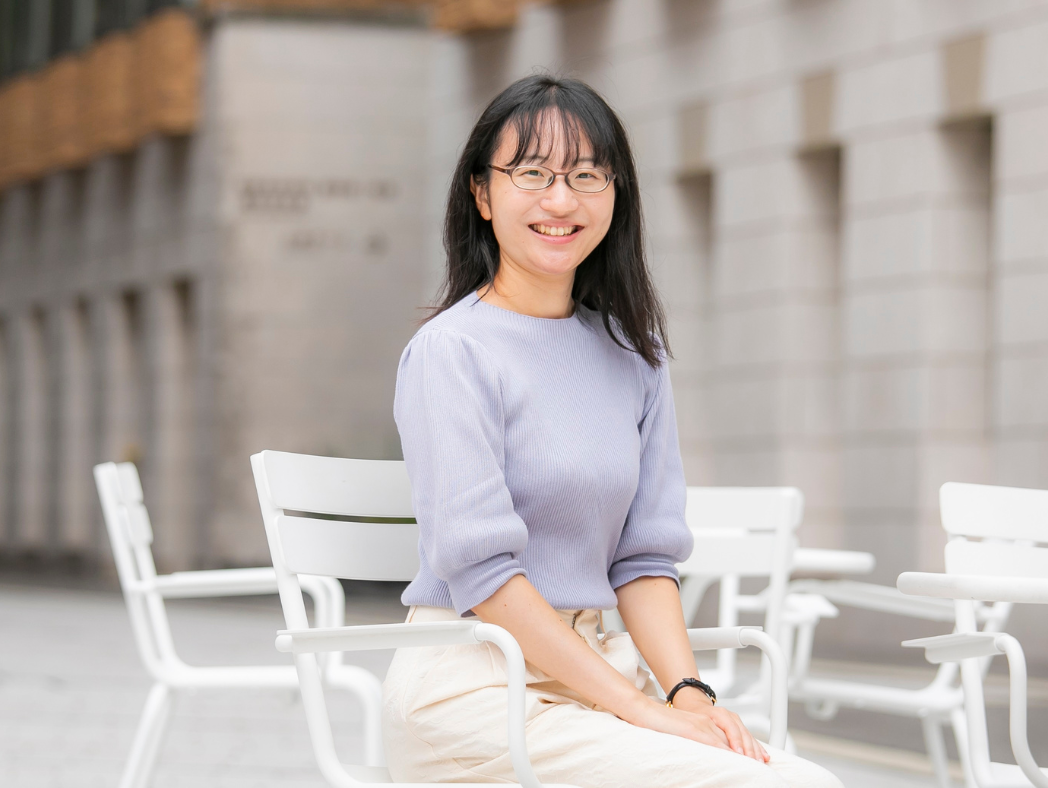 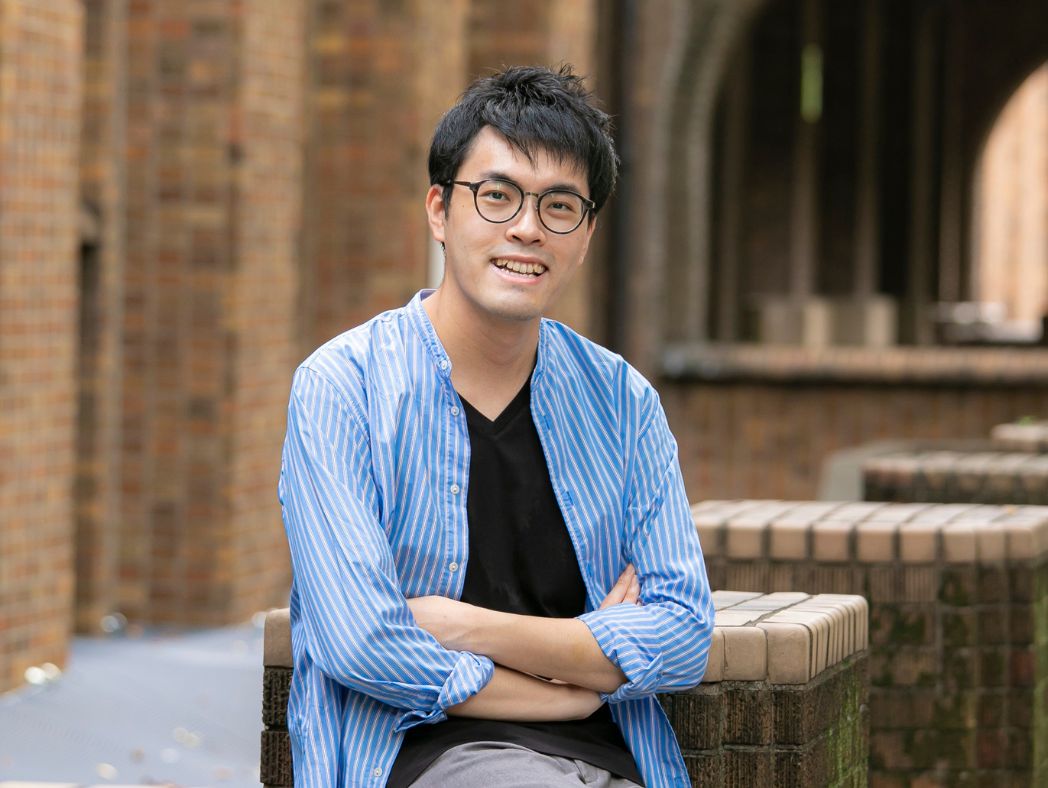 Developing into a scientist