People see the world around them using light from the visible part of the spectrum; in the world of science too, light in various forms is used to “see” various materials.

Among these forms, ultra-short pulsed lasers have had a major impact on the development of optical science. These lasers have extremely short pulse durations of femtoseconds (10-15 seconds) and attoseconds (10-18 seconds). Even light that can travel seven and a half times around the earth in one second will advance only 0.3 μm (micrometer; 0.3 × 10-6 m) in one femtosecond and 0.3 nm (nanometer; 0.3 × 10-9 m) in one attosecond. This very short laser pulse allows us to observe the extremely fast behavior of atoms and molecules. The technology used to intensify the light “has opened up a new field of science,” says Professor Kaoru Yamanouchi.

“When an atom or molecule is irradiated with intense laser light, the electrons in the atom or molecule are perturbed by the electric field of light. The properties of the atoms and molecules themselves can therefore be changed. An electron ejected from atoms and molecules by the light field is pulled back by the light field and collides with the original atom or molecule. In that instant, an attosecond light pulse is generated, and this light allows us to observe ultrafast phenomena in the attosecond time domain.”

Professor Yamanouchi has developed a technique to dynamically track the changing geometry of molecules in the gas phase as a series of real-time images: laser-assisted electron diffraction. It combines gas electron diffraction, which statically captures the geometrical structure of molecules in the gas phase, and an ultra-short laser pulse whose pulse duration is in the femtosecond time domain. Changes in molecular structure can be tracked with an accuracy of 0.01 Å (0.01 angstrom = 1 pm (picometer = 10-12 m)) and femtosecond temporal resolution.

“This technique allows us to accurately measure changes over time in the movement of atomic nuclei in molecules in the gas phase during chemical reactions.”

Intense laser science is an interdisciplinary field that spans chemistry, physics, and laser engineering. Its research findings are opening up new fields and the frontier continues to expand. Interaction with industrial engineers is also essential for the development of optical materials, laser light sources, and advanced measuring instruments used in frontier research.

“I want young people to explore the frontiers of this challenging, cutting-edge research field, where academia and industry are working in close collaboration,” he enthused.

Professor Yamanouchi describes science as “the endeavor of revealing the mechanisms of the natural world.”

“In high school, we learn what our predecessors have discovered, but in college, we study the unknown phenomena of the natural world. Also, students are taught physics, chemistry, and biology in clearly demarcated fields in high school, but it is in the boundary areas that the real excitement of research lies.”

Professor Yamanouchi’s research is an aggregation of findings and techniques. He originally had a strong interest not only in chemistry, but also in physics and biology.

I hope students will not feel too anxious about their choice of the courses for their third- and fourth-year studies, but rather take it easy and say to themselves, ‘I’ll have fun wherever I end up.’ Once you’ve mastered one area of expertise, you can venture out into different areas.”

This is a message that is characteristic of Professor Yamanouchi, who has pioneered new fields in the interdisciplinary arena. 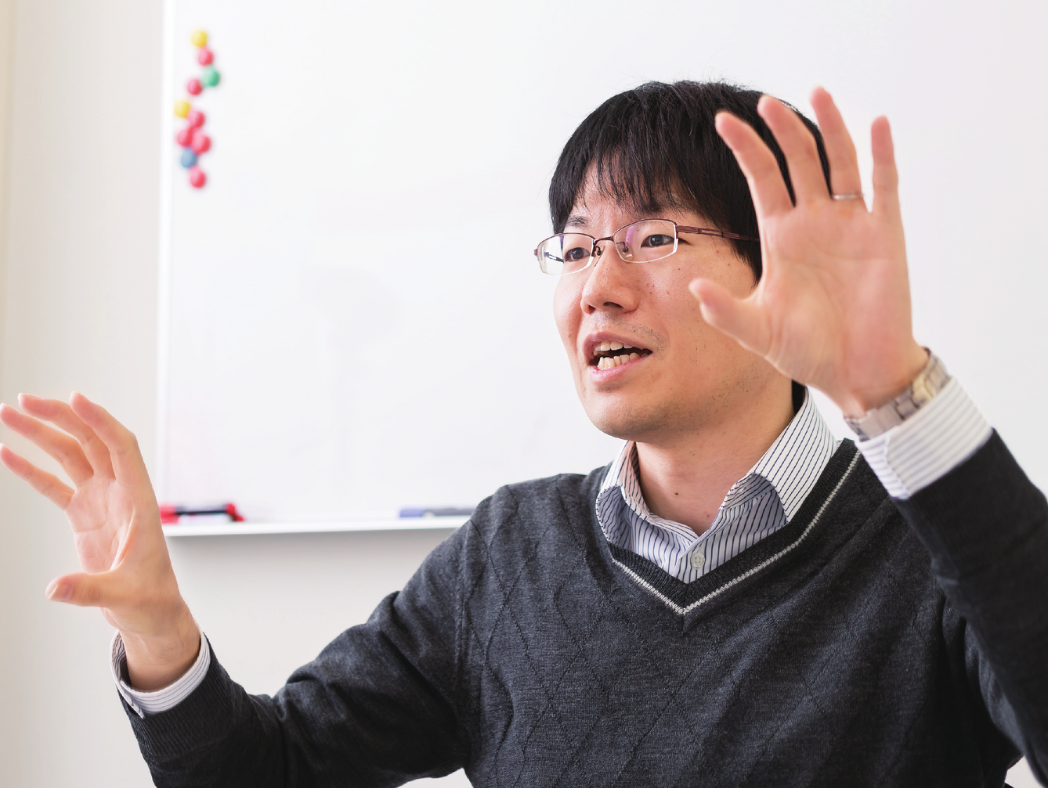