A Particularly Nice Blend Between Traditional and Modern Lifestyles 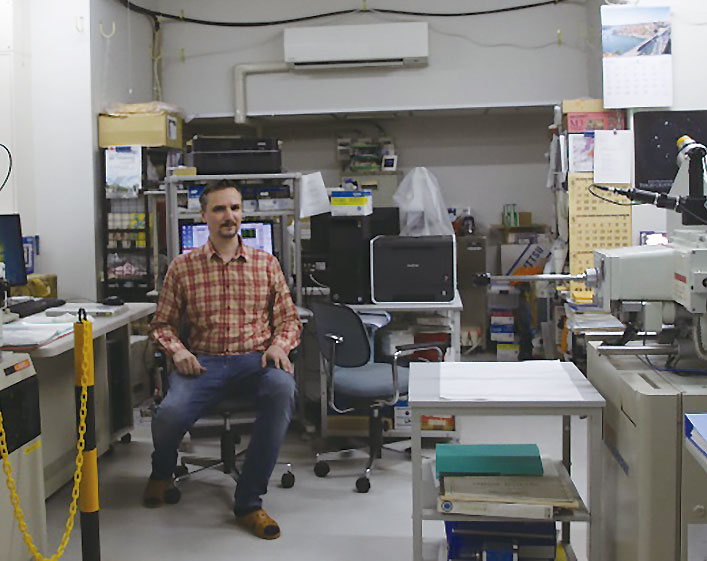 EMPA lab at the University of Tokyo

My first trip to Japan was several years ago for a geological fieldtrip. During this fieldtrip, we did some sampling and visited the hinterlands, crossing the different main geological units constituting the Japanese archipelago. I remember having liked my time in Japan and, on the plane back to Switzerland, I was thinking to eventually come back to Japan to write my thesis. Unfortunately, this did not happen due to time constraints.

After completing my thesis, one of my colleagues who I worked with for several years asked me to come work in Japan. With getting settled after moving, the winter, and COVID-19, I have not been able to see a lot of Tokyo so far. However, on the way from my flat to the University of Tokyo, I was surprised to find that the atmosphere in areas of Tokyo that are far away from the main avenues still looks like the atmosphere of small villages with narrow charming streets and small houses. Having lived in a traditional Japanese flat on the Shizuoka University campus, which was eccentric, I had never experienced such an atmosphere before.

Having spent several months in London in 2006 before starting undergraduate school, this is not the first time I lived in a big metropolis. Trying to compare life in Tokyo, London, or Zürich makes no sense for me, as each city has its own beauty. Overall, Japan is a convenient country with educated people. Even if you have to walk one hour to get the first train at 6 a.m. for fieldtrips, you will find convenience stores, called konbini, open 24/7 from which you could buy a coffee, breakfast, or any necessary daily product. Traditional and modern lifestyles are mixed together in Japan, giving it a particularly nice blend. One of the issues I had in Japan was that it can be quite hard to set up an internet connection at home, which is really useful for researchers, but hopefully an internet connection is included with my new flat in Tokyo. Language can also sometimes be a barrier, even if Japanese people are very comprehensible, and it is sometimes easier to go to shops than buying something online if you do not know the Japanese terms.

The University of Tokyo is wellequipped for geochemical research with instruments such as XRD, XRF, LA-ICP-MS, SEM and FEEMPA. The preparation labs for thin sections have many diamond saws to cut rocks and grinding discs to cut and polish samples. If I could make one suggestion, perhaps some parts of thin section preparations could be automatized using the existing machines to process many hard and brittle samples together. However, this is a minor point in my opinion as the existing methods, although time-consuming, allow excellent results. When I need to consult literature, I can easily access numerous journals online thanks to the University of Tokyo Library System. I believe that the University of Tokyo provides good conditions for research and that if you are hesitating to come to Japan, you should just give it a try.